OOMG members Dr. Joe Zambon (Research Assistant Professor), Shun Mao (Ph.D. Student) and the rest of the multi-institutional Processes Driving Exchange at Cape Hatteras (PEACH) team arrived in their study region and science operations began. While the R/V Neil Armstrong has been recording important scientific data since leaving the dock in Woods Hole, MA, the first in situ measurements of the study region took place this afternoon.   A line of 12 eXpendible BathyThermographs (XBTs) were deployed from the continental shelf to deep offshore along a line. Approximately every 10 kilometers, an XBT was dropped from the deck of the ship into the water. Each XBT measures water temperature from the ocean surface to 760m below. An individual deployment shows one station’s temperature versus depth profile, when you string several of them together, you are able to produce a transect.

The transect will show important characteristics of the surface and sub-surface composition of the Gulf Stream in the PEACH study region. This allows the PEACH science team to make observations as to the evolution of the Gulf Stream throughout this observation period. These observations, along with observations that have been recorded during the previous 2 cruises, and observations taken by the in situ instrumentation that has been sitting in the ocean for over 18 months, will provide a unique and powerful dataset that can be used to answer hypotheses regarding Gulf Stream characteristics and provide ground-truth for modeling studies to validate against.

As this was the first deployment of XBTs on this cruise, a CTD (Conductivity, Temperature, and Depth) rosette was also deployed at the final station to provide a cross-reference to ensure that the observations and fall profiles of the XBTs are valid. (The cross-validation plot is attached.) 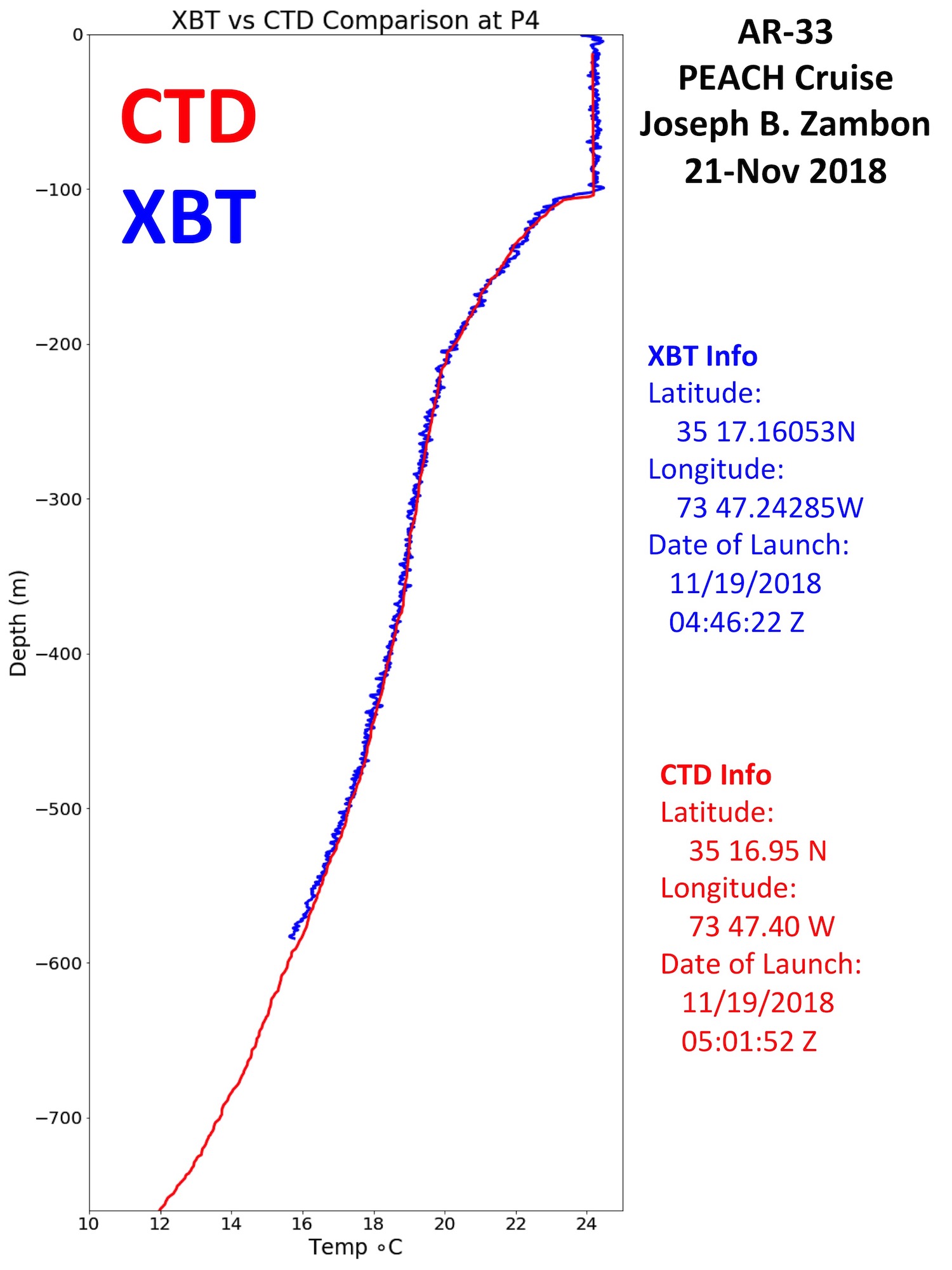