Departure of the R/V Neil Armstrong

Planning for science operations continued immediately after leaving the dock. Dr. Harvey Seim (UNC Professor), the expedition’s Chief Scientist, held a meeting of all onboard scientists and the Armstrong’s science liaison officers (also known as the SSSGs, Shipboard Scientific Services Group). During that meeting, individual goals were discussed while highlighting any overlapping opportunities between different scientific objectives.

The forecast is expected to be favorable for the scientists and crew of the Armstrong for at least a few days into the middle of next week. The priority during favorable weather is to recover buoys and bottom-mounted moorings that were left for data collection in the initial PEACH cruise during April 2017. Recovering these instruments will allow the PEACH team to begin analysis of an extensive dataset spanning back 18 months. After recovery of these instruments, as time and weather allows, the ship will be directed to stations of interest to collect shipboard data, deploy the CTD (Conductivity, Temperature, and Depth) instrument rosette, collect subsurface water samples, launch rawindsondes (weather balloons), and deploy eXpendible BathyThermographs (XBTs). 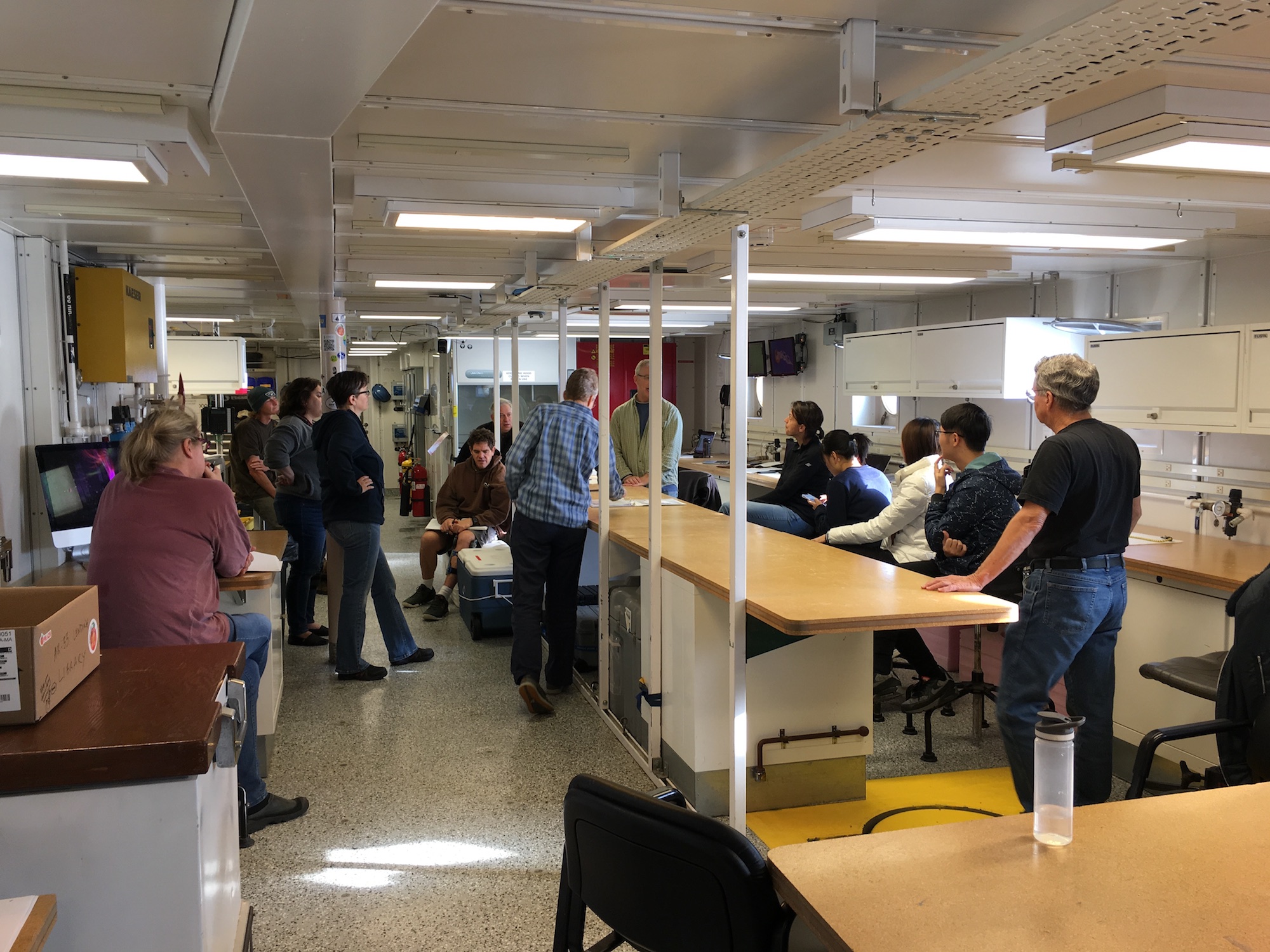