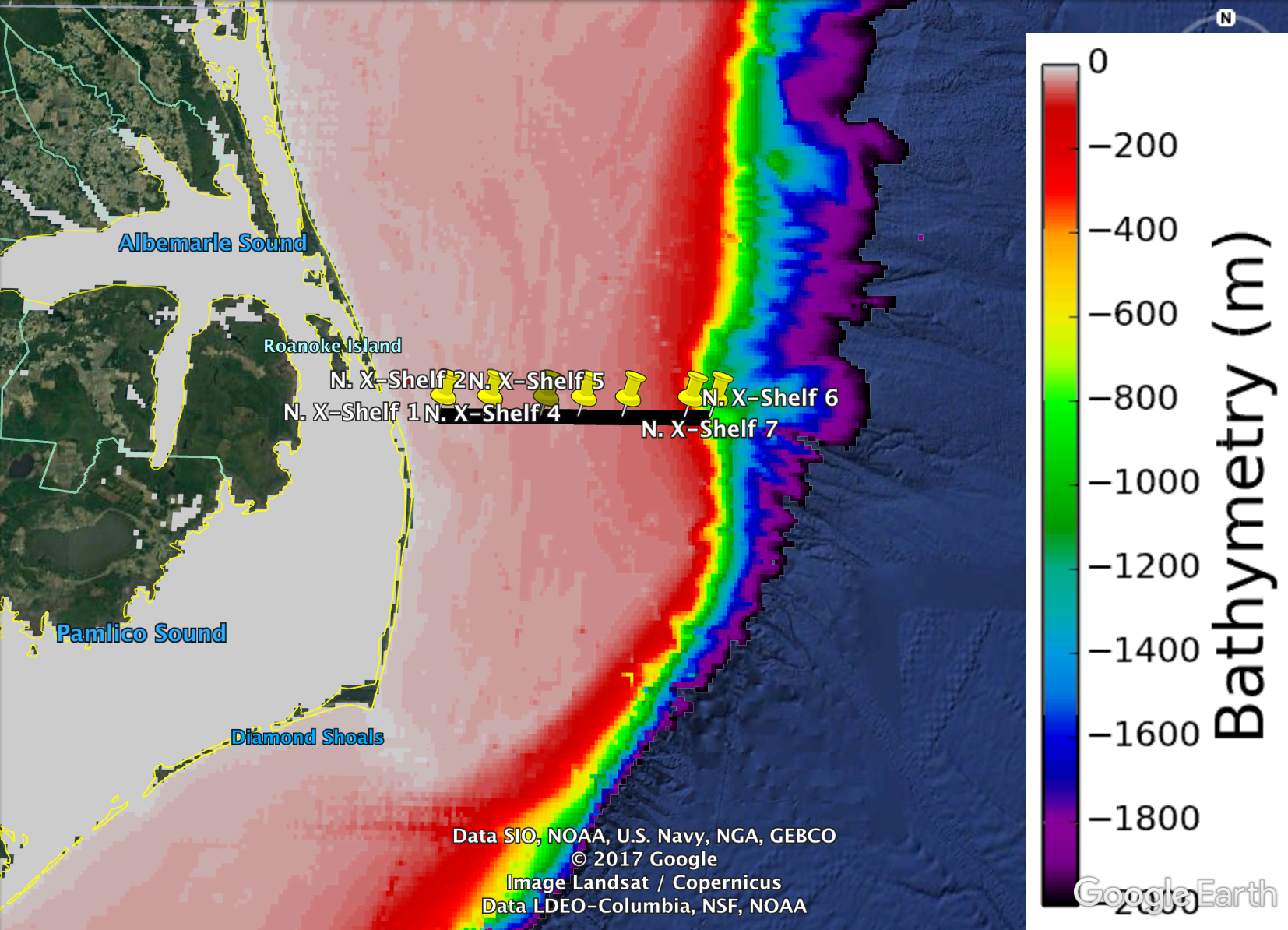 After the successful recovery and refurbishment of several bottom profilers, moorings, and surface buoys, the first transect of the PEACH (Processes Driving Exchange at Cape Hatteras; NSF Award: 1559476) cruise was undertaken this evening and into the early morning hours.  The transect spaced 7 stations along 60km of ocean from a few kilometers off of the NC Outer Banks to the continental shelf break.  To collect sub-surface data, scientists utilized shipboard CTD, the workhorse of physical oceanographers.

At each station, scientists and crew deployed the CTD package utilizing a winch that took it to within a few meters of the seafloor and then was pulled back onto the ship.  The CTD takes several measurements per second that include ocean temperature, salinity, and depth.  This allows oceanographers to understand gradients, such as density, that are essential to greater understanding of currents throughout the entire water column.  In addition, each water type has a certain fingerprint of temperature and salinity, allowing researchers to determine where exactly a layer of water originated.  A transect is formed when you deploy several CTDs over a line, allowing a complete representation of the ocean depth along a line.

All of the CTDs were successful in collecting this data with the last CTD brought onboard at 2:30am.  A pod of over two dozen curious dolphins were spotted circling the last CTD as it surfaced.