The R/V Neil Armstrong was tasked with deploying Argo floats into the Gulf Stream. Argo floats are designed to sink to around 1000m and drift along with the currents at that depth. After about 2 weeks of drifting at 1000m, they float back to the surface over approximately 6 hours, collecting temperature and salinity data as they rise through the water column. Once at the surface, they transmit data to shore via satellite and repeat their sink/drift/float/transmit mission again. At any given time, there are approximately 4,000 Argo floats in the global oceans. The data they provide is extremely useful for scientific research and model improvement and validation.

As the Processes Driving Exchange at Cape Hatteras (PEACH) scientific expedition is taking place in and around the Gulf Stream, one of the strongest western boundary currents in the world, three Argo floats were given to the ship for deployment in the PEACH study region. Once the Armstrong arrived in the Gulf Stream, all 3 floats were deployed within 6 hours across the Gulf Stream.

For the researchers onboard, the deployment of these floats was designed to be fairly simple and unobtrusive to their research efforts. Once at a station of interest, these floats are taken to the back (fantail) of the ship. Rope is secured to the straps of the Argo float and the float is lowered gently into the water. Then, a water-activated latch is released allowing the cardboard box containing the Argo float to float away from the straps. The rope and straps are brought back onto the ship while the cardboard box containing the Argo float drifts away and eventually breaks apart. The Argo float then starts the first of its many sink/drift/float/transmit missions until it is recovered at regular service and end-of-life intervals. 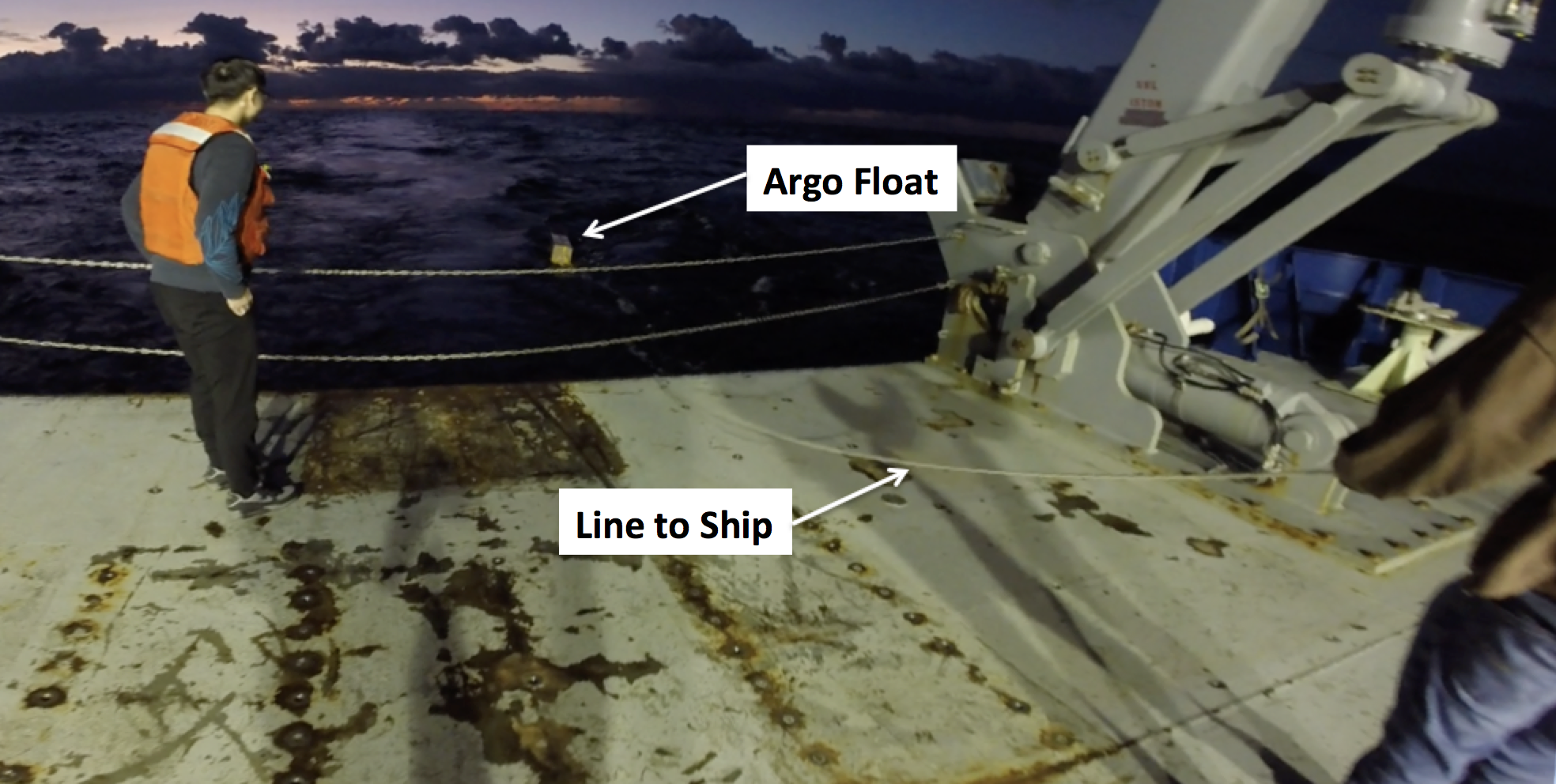